FOR IMMEDIATE RELEASE No. 3463 Low-voltage power input/output facilities in buildings, factories and renewable-energy facilities must be remotely controllable for enhanced maintenance and operational efficiency. Conventionally, a spring mechanism is used to open and close air circuit breakers, which are a key part of low-voltage power-distribution equipment. To control the circuit breaker remotely the spring must be charged by the motor, which requires the motor drive unit to incorporate large numbers of parts, which greatly increases costs and maintenance requirements.

Mitsubishi Electric's new electromagnetically operated air circuit breaker with tapered and magnetic-latch structures in the movable iron core only requires about the same level of operating power as a motor control, but its operation mechanism contains 46% less components and maintenance requirements are reduced by 30%. In addition, operating the circuit breaker directly with an electromagnet eliminates the need to charge a motor spring, thereby slashing electric power needed to open and close the circuit by 88%.

Mitsubishi Electric, having now won another prestigious R&D 100 Award, is committed to driving the development of next-generation power switching devices in order to continue delivering products that customers can use safely and securely in their electrical facilities. 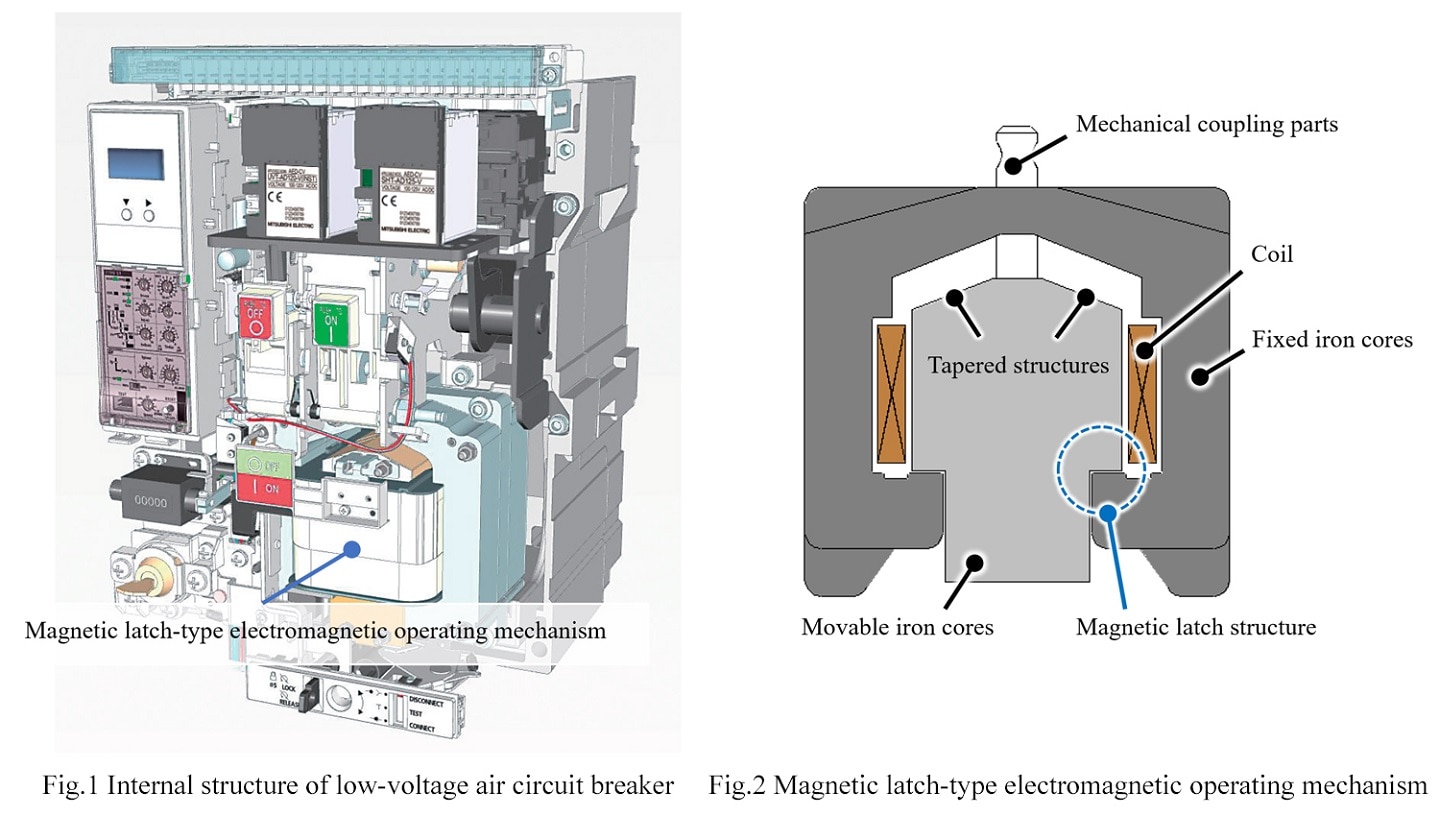 Note that the press releases are accurate at the time of publication but may be subject to change without notice.