FOR IMMEDIATE RELEASE No. 3043

Mitsubishi Electric Delivers Elevators and Escalators to MRT in Thailand

TOKYO, August 9, 2016 - Mitsubishi Electric Corporation (TOKYO: 6503) announced today that it has delivered 49 elevators and 125 escalators to eight out of 16 stations, administration office, operational control center and car-parking facilities belonging to the MRT Purple Line, a mass transit line in Thailand that began operating on August 6. The line runs 23 kilometers to connect Bangkok and suburbs in adjacent Nonthaburi Province. This is Mitsubishi Electric's second delivery to an MRT line, following the Blue Line in 2004, a transit which runs 27 kilometers to connect 18 stations in Bangkok. 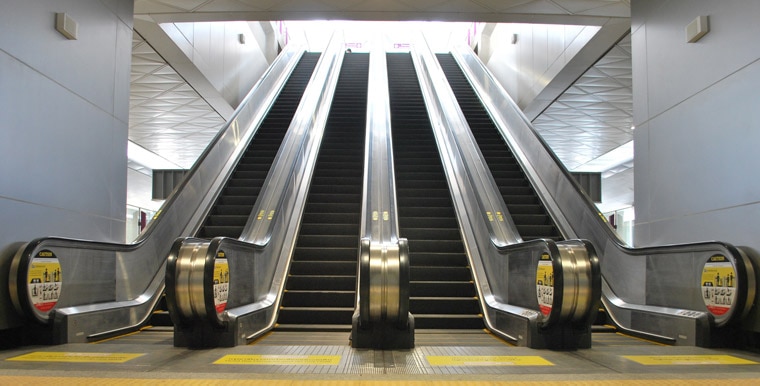 1)
Heavy-duty escalators ensure passenger safety
-Heavy-duty escalators are designed to handle heavy passenger traffic during peak hours
2)
An inverter that enables energy-saving automatic low-speed stand-by
-When an escalator's sensor detects no one approaching the boarding area, an inverter equipped to all of escalators switches to low-speed stand-by to reduce power consumption
3)
Energy-saving by permanent magnetic motors
-The gearless traction machine of each elevator uses a compact, energy-saving permanent magnetic motor equipped to all of the elevators delivers a comfortable ride by reducing vibration and noise