FOR IMMEDIATE RELEASE No. 2967

Will help to further upgrade communications and broadcasting infrastructure in Turkey

TOKYO, October 19, 2015- Mitsubishi Electric Corporation announced today it successfully launched the TURKSAT-4B satellite from the Baikonur Cosmodrome in Kazakhstan at 5:40on October 17 (Japan time) and the satellite separated from the launch vehicle at 14:53. The launch was carried out under a turnkey contract awarded by Turksat Satellite Communication, Cable TV and Operation Inc. Co. (Turksat A.S.) in 2011.


TURKSAT-4B will use its own power for positioning in a geostationary orbit about 36,000 kilometers above the equator. Mitsubishi Electric will conduct in-orbit testing until the beginning of December, after which it will formally hand over TURKSAT-4B to Turksat.


Mitsubishi Electric is pleased to contribute to the communications and broadcasting infrastructure of Turkey and its neighboring countries through its TURKSAT-4A and TURKSAT-4B. 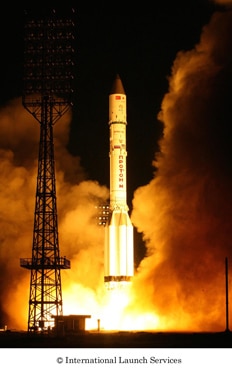