FOR IMMEDIATE RELEASE No. 3018 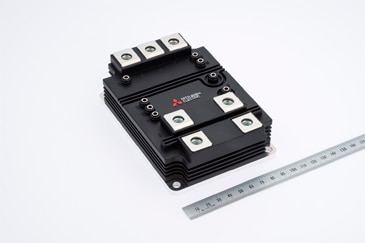 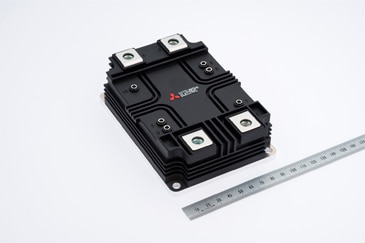 High-power modules are key devices for controlling power conversion in electronic systems in a wide range of power classes from several kilowatts up to several megawatts. Until now, modules with a maximum voltage rating of up to 6.5kV and a maximum current rating of several thousand amperes have been commercially available.


The New Dual HVIGBT module will satisfy demand for efficient, high power density semiconductor devices with a range of current and voltage ratings, while contributing to higher power output and efficiency in inverters by adopting the latest seventh-generation IGBTs and RFC diodes. Meanwhile, the standardized package dimensions will allow manufacturers of industrial electronics to simplify design and secure multiple sources for inverters.